The NCHC Founders Award was created in 2015, in conjunction with our organization's 50th Anniversary.

The most prestigious award bestowed by NCHC, the Founders Award serves to honor members who have been instrumental in the development and advancement of NCHC and its programs. They have continually given of their time and talents to support honors faculty and students across the country.


Donate to the NCHC Founders Fundto support this award
and others like it! 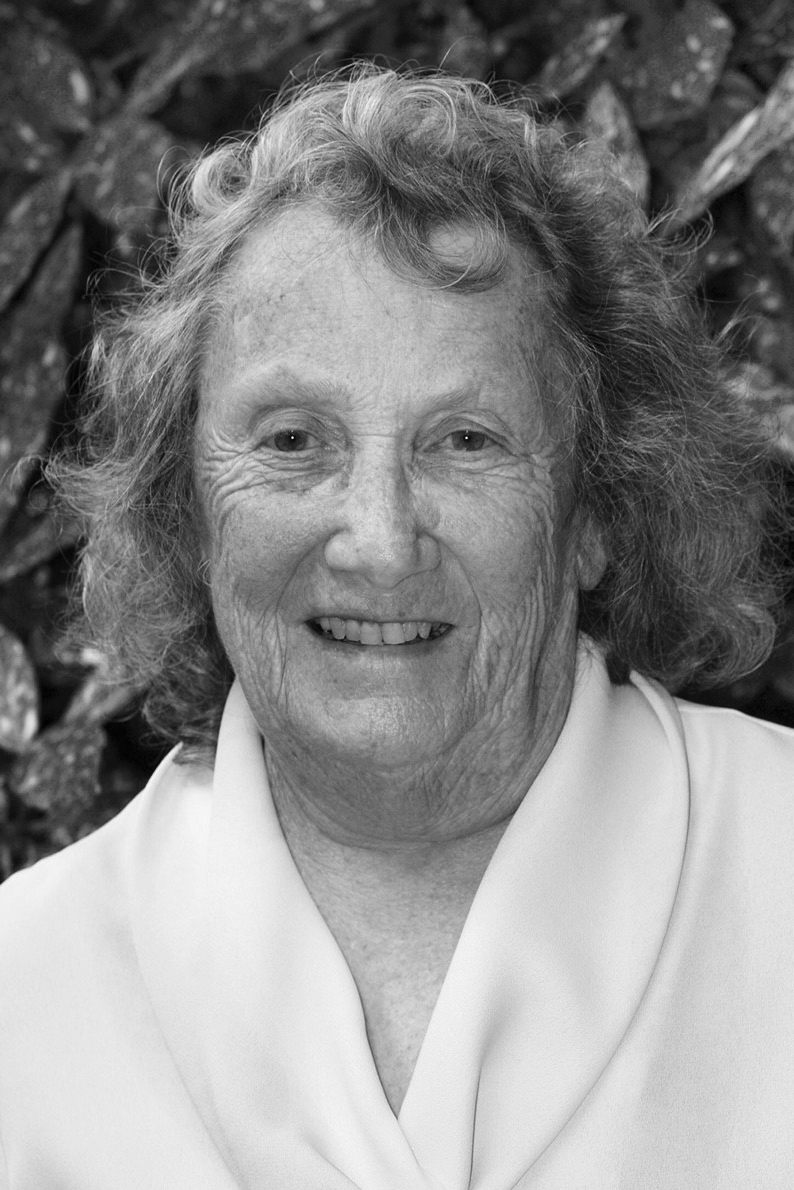 If honors education in some sense celebrates a Renaissance vision of humankind, Joan Digby is that image incarnate. She is a scholar, an essayist, an editor, a poet, an adventurer in nature, a protector of Wild Camels, a woman of the horse, a publisher, a film producer, a provider of food and lodging for generations of cats, and a Founder of initiatives central to the heart of honors education and NCHC.

That Joan's award-winning dissertation at New York University was on Eighteenth-Century fabulists was prescient. She has rarely strayed far from the world of animals. While teaching at the Post Campus of Long Island University for almost 50 years, she has befriended multiple feral cat colonies on LIU’s glorious acreage and the horses stabled adjacent to the campus. In 2005, with her collage artist husband John Digby, Joan founded--aptly named--The Feral Press, which has published over 250 limited-edition books. Her fall 2017 sabbatical resulted in her writing three volumes of poetry, including one with Joan’s favorite equine collaborator, Snowball, a horse of great renown on Long Island.

Joan became Director of the LIU--Post Honors Program (now the Honors College) and Merit Fellowship in 1977. She soon became a creative force in honors on the regional and national level. She was president of the Northeast Region in the mid-1990s and has served on numerous NCHC committees, often co-chairing them: the Publications Board, External Relations, Honors Research, and Partners in the Parks. Not only serving on the Editorial Board of JNCHC, Joan is frequently writing for it and HIP. Her seminal essays include “My Objections to Outcome [Note the Singular] Assessment” and “The Age of Imitation.” Joan presided over the NCHC Conference in Orlando, which was one of the most innovative in NCHC history because of its emphasis on small-group discussions of books, and she became its president in 2000.

While even this sketch of Joan’s academic career in honors should merit the NCHC Founders Award, it has not yet highlighted two initiatives that Joan bequeathed to NCHC: Peterson’s Guide to Honors Programs & Colleges and Partners in the Parks. Following in the Eighteenth-Century footsteps of Samuel Johnson, who produced the first English dictionary with only the help of several amanuenses, Joan with Tracey Christy, her LIU assistant, produced four editions of Peterson’s Guide. This mammoth undertaking chronicled the resources of honors operations, attributes, and offerings at colleges and universities across the country, not only generating royalties for NCHC but swelling the ranks of NCHC’s institutional members because schools wanted to be included in Peterson’s. And just as Johnson’s Dictionary became the foundation for the Oxford English Dictionary, Joan’s labor was the forerunner of the incredible database that NCHC, with all its staff and volunteers, has created about honors education in this country and around the world.

The story has oft been told how Joan was visiting Rocky Mountain National Park and gazing across a magnificent panorama when it occurred to her how few of her students had been to that park or anywhere in the western United States and likely not even to the several national parks in the vicinity of LIU. From that explosive realization, Joan conjured Partners in the Parks, an amazing collaboration with the National Park Service that has produced over 90 weeklong experiential, academic, and service-learning adventures in the national parks as well as many mini-PITP excursions at NCHC conferences. Not surprisingly, in a recent meeting of NCHC leaders with representatives from the Department of Education, Partners in the Parks was the initiative that most drew their praise.

At a birthday dinner for Joan during the last NCHC Conference in Boston, one celebrant noted two of Joan’s striking attributes: her creativity and her ability, which is rare, to release what she creates and allow others to take her work in new and unanticipated directions. That is precisely what Joan did with the database she created and with Partners in the Parks and the two highly collaborative NCHC monographs she edited on PITP. The grandest foundations are laid for others to build upon; Joan Digby is a Founder who has produced for honors enthusiasts and adventurers a glorious foundation.

Contributed by Dr. Jeff Portnoy, co-chair of the NCHC Publications Board and Editor of the NCHC Monograph Series.
Photo Credit: Bill Wolak 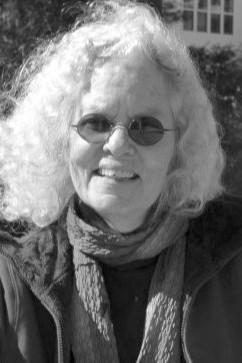 The NCHC Founders Award honors those members of NCHC whose work has guided and sustained the organization over many decades and at many levels, including matters of policy, process, and substance.

Ada Long’s consistent investment in honors education, both as a founding honors director at the University of Alabama at Birmingham and through her work with the NCHC, has had widespread application and influence in the United States and internationally. An NCHC colleague quoted, “As you can see from her incomparable CV, [Ada’s] extensive honors publication and presentation record is extraordinary. In addition, Ada has served on innumerable NCHC committees, is the founding editor of both JNCHC and HIP, served as a site visitor for 20 years, has been a leader in Honors Semesters and City as Text™ since the mid-nineties, and is a past president of NCHC. Ada’s contributions to NCHC since becoming an honors director in 1982 have reshaped and sustained NCHC in endless ways; NCHC literally would not be what it is today without Ada Long.”

The Founders Award commemorates individuals who embody the very nature of the honors experience: expecting more, conceptualizing different and exciting, impacting internal as well as community growth, and instilling a similar love for learning in those around them.

In 2016, we recognized the contributions and career of Dr. John Portz. His contributions captured the essence of his personality: big and impactful. Dr. Portz, a long-serving volunteer and leader at NCHC, provided not only expertise but understood the value that a life-time gift would provide for students long after his hands were still and his voice was silent. His gifts to NCHC were many—the office has letters from the Portzes asking how much money the organization needed—and what projects they wanted to fund! Beyond those gifts, he planned for a long-term investment in students he’d never meet, using the money he’d earned at the career he loved.

John was Bernice Braid’s mentor in NCHC – she describes him as imaginative, energetic, and an exceptional student advocate. He created such programs as Honors Semesters, Faculty Institutes, Sleeping Bag Seminars, and was the first editor of the newsletter. His wife Edythe came to the NCHC meetings and worked in Washington DC. She brought with her a professional diplomacy to the deliberations. As her husband John, she loved working with the students. It is the love and passion for students that gifted NCHC with the foundation for programs still in existence. If any one person embodies the highest values of honors education, that person is Bernice Braid, who has been a passionate innovator, sustainer, and supporter of all that is best in honors. She is a founder and presiding genius of the NCHC, setting the path not just of the organization but of honors and, to a large degree, higher education.

Dr. Braid began her distinguished academic career at LIU Brooklyn in 1964 and started teaching honors courses in 1965, the same year as the founding of NCHC. She became the director of the LIU Honors Program in 1968, and she soon became a leader far beyond her own campus, serving as president of the Northeast Regional Honors Council in 1977-78 and as national president in 1979-80. She has served on the Board of Directors/Executive Committee a total of 23 years between 1976 and 2011, and during that time published some forty essays and books.

What everyone in the NCHC, in honors, and throughout higher education knows about Bernice is her pioneering role in experiential education and active learning. Through Honors Semesters, Faculty Institutes, City as Text™ excursions, journal articles, monographs, workshops, campus consultations, and daily infusions of her prodigious energy, she has created experiential education as a pedagogical strategy in honors and far beyond. She deserves the credit for what so many others have subsequently adopted and adapted.

Dr. Braid has served as a consultant, evaluator, or workshop leader at over sixty colleges and universities in the United States and several more in other parts of the world such as Spain, Chile, Greece, the Netherlands, and the Czech Republic. Students around the globe have caught fire about experiential education, cultural studies, and public service through participation in one of the more than thirty Honors Semesters she has organized, and faculty have honed their teaching skills in more than twenty-five Faculty Institutes. Any member of NCHC during the last three decades knows Bernice as the founding mother and annual organizer of City as Text™. Thousands have experienced cities with her maps, handouts, instructions, and insights as their guides, and hundreds have returned to their home campuses to adopt her learning strategies in their own programs and courses. She was practicing and teaching active learning for at least two decades before the rest of the country caught up with her, and—in this as in all things—she has kept the NCHC in the forefront of excellent education.